Phone Domination for a Cock Sucker 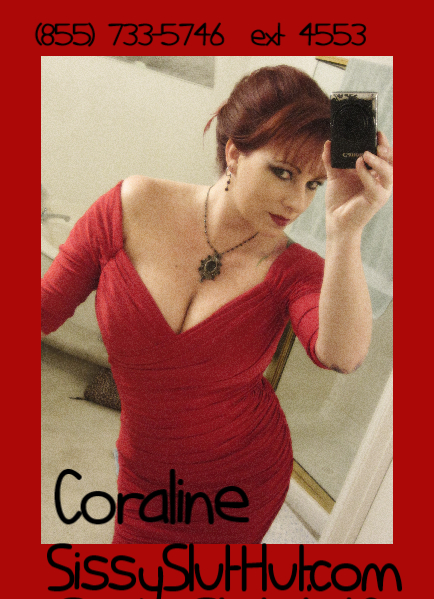 Do you need sissy slave training? Many men do. That is why there are so many sissy sites around now. When I started training sissies, there were not many sites if any like this around. The birth of the Internet has done wonders for men realizing they are not like other men. Porn is so versatile. Sissies are a recognized category of submissive men now. Women are also empowered more to take on the role of the alpha man. Traditional gender roles are a thing of the past. Men can act like girls and girls can act like men. I am a dominant woman. I love having sissy slaves. Not all my sissies are the same. I have black cock sissies. I have sissy maids. I have femboys. I have panty wearing sissies. A phone dominatrix like me can make good use of any beta male. My latest sissy is a cock sucking wannabe. A normal married man who has long fantasied about sucking big cock. He had a normal schoolboy encounter with a slightly older boy in the locker room. He sucked cock once, and 30 some years later he is still obsessing over that encounter. He needs me, or a woman like me to force him to act on his obsession. He is married, like most of my sissies, but that is no excuse to not act on an obsession you have had for almost 30 years. He hired me to help him, to force him. I am mostly a sensual sissy trainer, but I will engage in forced sissy training when necessary. This guy had to suck cock. I took him to the glory hole. I had to hold his head down on a cock initially, but he started sucking like a $2 whore. I did not have to force him for long because he quickly started sucking those glory hole dicks like it was what he was born to do. I will make him the best cock sucking faggot around. This is who he is, but he been in denial for decades. Sometimes, beta boys just need to meet an alpha woman.