Sissy was a little whore for me

Brandie gets a Treat 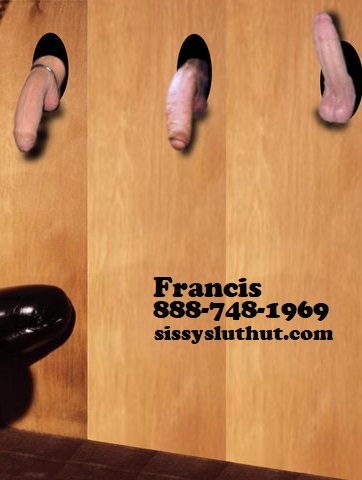 Sweet little Brandie has been wearing that cock cage for awhile now and every day I remove it and make her watch some shemale porn. And wouldn’t you know it, her sweet little clitty has remained soft every time. Now, one of the most important things in sissy training is rewarding for good behavior. So, I told Brandie that she had been such a good little sissy lately that I was going to give her the best present ever. Her eyes lit up and she guessed a new butt plug. Nope, I said. I did tell her to remove her current sparkly butt plug and take a nice warm bath, paying special attention to her little man pussy. She practically skipped to the bathroom. I had laid out some silky black panties and a matching bra for her to wear under the most flowy sundress I could find. She looked marvelous. I finished her look with some pretty pink lipstick and off we went. I blindfolded her to not spoil the surprise. Once we arrived, I opened the door and guided her in. I removed the blindfold to reveal the most marvelous sex shop around. Her eyes popped as she checked out all the butt plugs and gigantic dildos. She even stopped to look at the sex machines and picked out a sweet little vibrator for her man pussy. We viewed a few of the peep shows and Brandies little clitty did not even perk up. I told her what a good little sissy she had been, and I had an even bigger reward waiting for her. We walked to the back and through the fire exit door to a magical place. An underground sex club. I told Brandie that since she had kept that little clitty of hers in check all week that she was free to play with anything and everyone that she wanted. She smiled like a little  girl and practically ran to the glory hole wall. 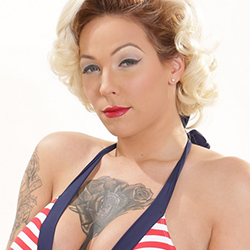