Put Your Fucking Panties On

Sissy Training Audio as I watch!

Pretty Nails And A Punishment For Sissy Amy 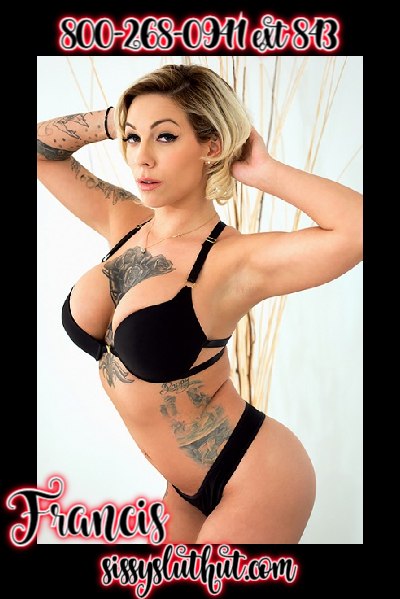 Now that Amy has some pretty panties it was time to do something with those hands and feet. I had her get ready and we headed to the nail salon. We did the spa treatment as sissy had some nasty little feet and Mistress Francis will tolerate no such thing. Besides what is better than a nice pedicure peeping out of some nice heels. To make sure Becky remembered she was my inferior I had her wear bright pink panties under her white sweatpants so that everyone at the salon could see. They were pointing and talking the entire time we were there, and Amy hung her head embarrassed. After we were done, I pulled out Amy’s sandals and had her put them on right in the salon. She looked marvelous. As we were walking out, I could hear the laughter directed at her. I smiled and she again hung her head, but I know she secretly loves it. We stopped at the grocery on the way home so she could show off her pretty panties and toes for all the shoppers. When we finally arrived home, I checked her little clitty and it was hard and there was some pre cum in those panties. Shame shame on her and she knew she would be punished. This time I decided I would just have her stand in the corner with her face to the wall wearing nothing but her panties and sandals showing off her pretty toes. Did I mention the corner was at the neighborhood gym? I sure hope Amy can keep that clitty under control with all those hard bodies and big dicks walking around. We will see…