I Will Make You Beg 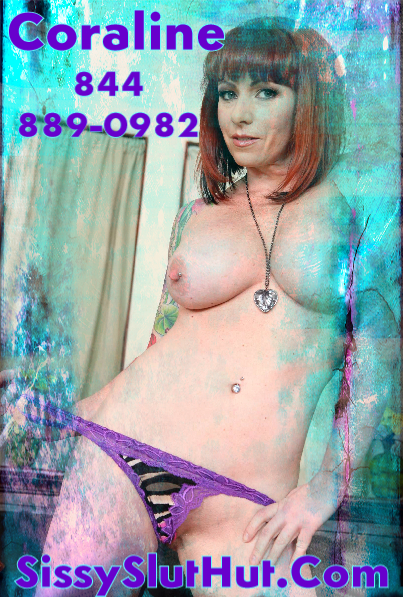 Sissy phone chat and training is still available. Brandie knows that a sissy’s training and education doesn’t stop just because we are all stuck at home. Francis and I are still training sissies. Did you know Francis and I go way back? We live in the same town. She helped me train my sissy sons. We have shared big black cocks together. We shop together. We go to concerts together too. We even shared a hot night with rock god Lenny Kravitz once. Sharing sissies is just something else we do together. Brandie belongs to Francis first, however, since Francis and I share everything, I have a hand in her training too. Brandie has the tiniest clit I have ever seen. Honestly, I didn’t believe Francis when she told me her newest sissy was about an inch hard. My 6 lb. Pomeranian has a bigger dick. I think the Ken doll I played with as a little girl even had a bigger package than Brandie. That officially makes Brandie the biggest sissy loser. She will never get pussy. The only action Brandie will ever get is from a big dildo and only when Francis or I give her permission to bounce away. Sissies can’t just rub their clitty whenever they want. Not Brandie, not you, not any sissy. If you come to one of us or both of us for online sissy training, you must follow our rules. We mean business. We are among the best in the business with years of training sissies in real life and on the phone. Sissies often think they are being sly moving from one sissy trainer to another, but sexy dominant women like us have a code. We will rat you out to your sissy owner quicker than you can dribble a little juice out of your teenie weenie. Francis and I are now in unison to train the most pathetic sissy around. And Brandie is not the only one. Unruly sissies, unwilling sissies just need phone domination from two hot mistresses. Is that you? 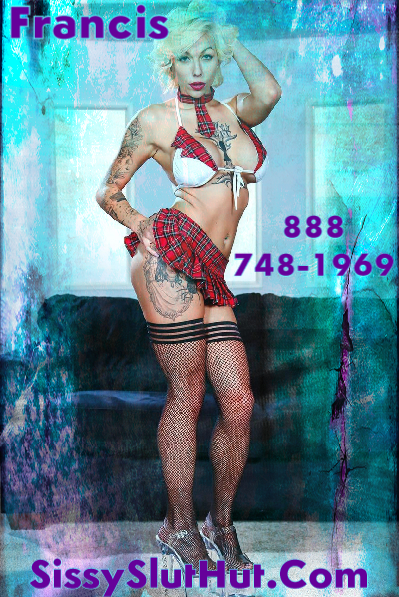 Sexy #Gilfs and Hot #Milfs ready to handle all of your #KinkyPhoneSex fetish desires! https://t.co/AlF8ZmEinM